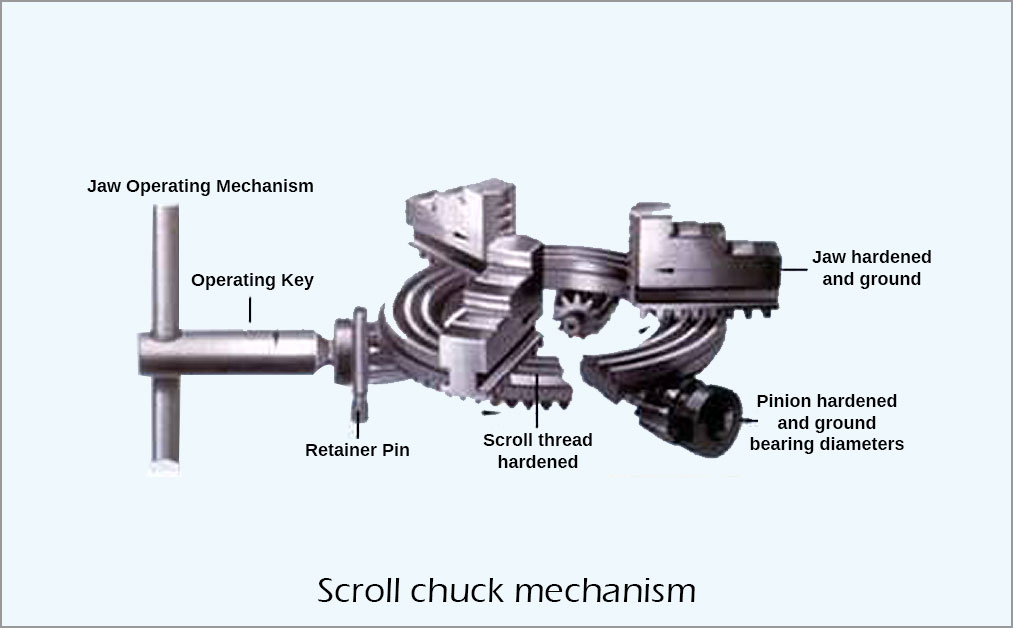 The scroll type chuck consists of a scroll disc with scroll thread that meshes with teeth on the 3 jaws for simultaneous radial motion. On the rear side of this disc, there is a bevel gear which engages with the a manually operable pinion gear in the chuck body. 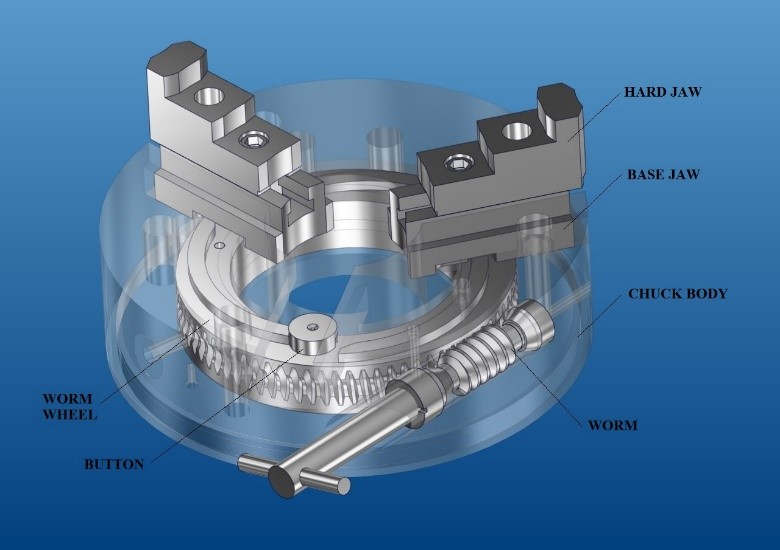 In the GMT hand-operated chuck, the conventional bevel gear and the scroll have been replaced by a worm and worm-wheel with three circular cams, to operate the jaws.