TYPES OF GRANITE USED IN METROLOGY

Rhyolite is a very fine-grained to glassy extrusive igneous rock (i.e., volcanic), usually light in color but not always, consisting essentially of quartz (silica) and alkalic feldspar. It is the extrusive equivalent of granite. Porphyry is an igneous rock of any composition that contains conspicuous crystals (Phenocrysts) in a fine-grained matrix. A fine-grained rhyolite contains larger pink feldspar Phenocrysts, which gives a porphyritic appearance.

Breccia is a rock consisting of angular fragments in a matrix of finer particles. An intrusion breccia consists of older host rocks (wall rocks) surrounded by younger intrusive igneous rocks.

Dolerite is composed of Plagioclase and Pyroxene. As the result, it is three times as stiff as Granite. And it deflects only 1/3 rd as much as Granite, under an equal load. Dolerite is quite uniform in hardness. Its Scleroscope readings averaging >Hs 95. Density of Dolerite is more than offsets the 10% greater hardness of the few very hardest Granite. As the result Dolerite can provide greater wear resistance than compared with other types of granite used in metrology . The Co-efficient of linear expansion hold by the Dolerite is 2.4 X10-6/ oC. Granite holds bits higher in this regard as 4.16 X 10 -6/ oC. 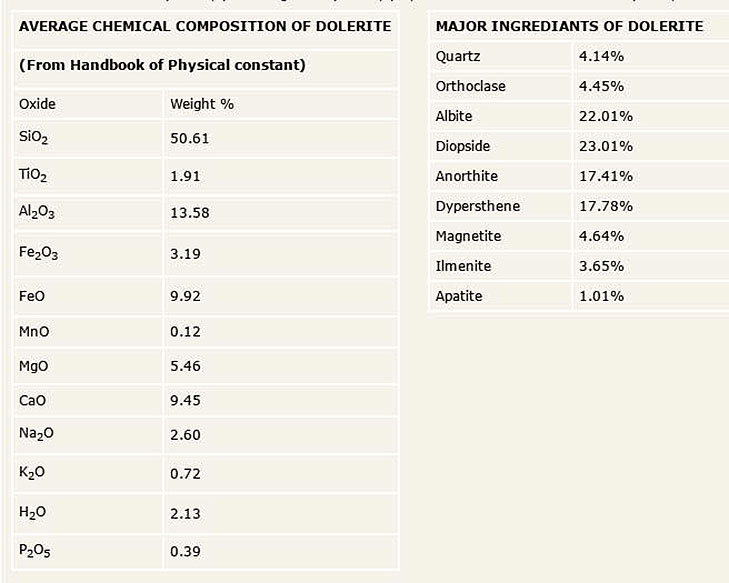 Finally, please visit us at https://gmtmachinetools.blogspot.com – a new blog dedicated to all GMT customers…interact with our technical experts